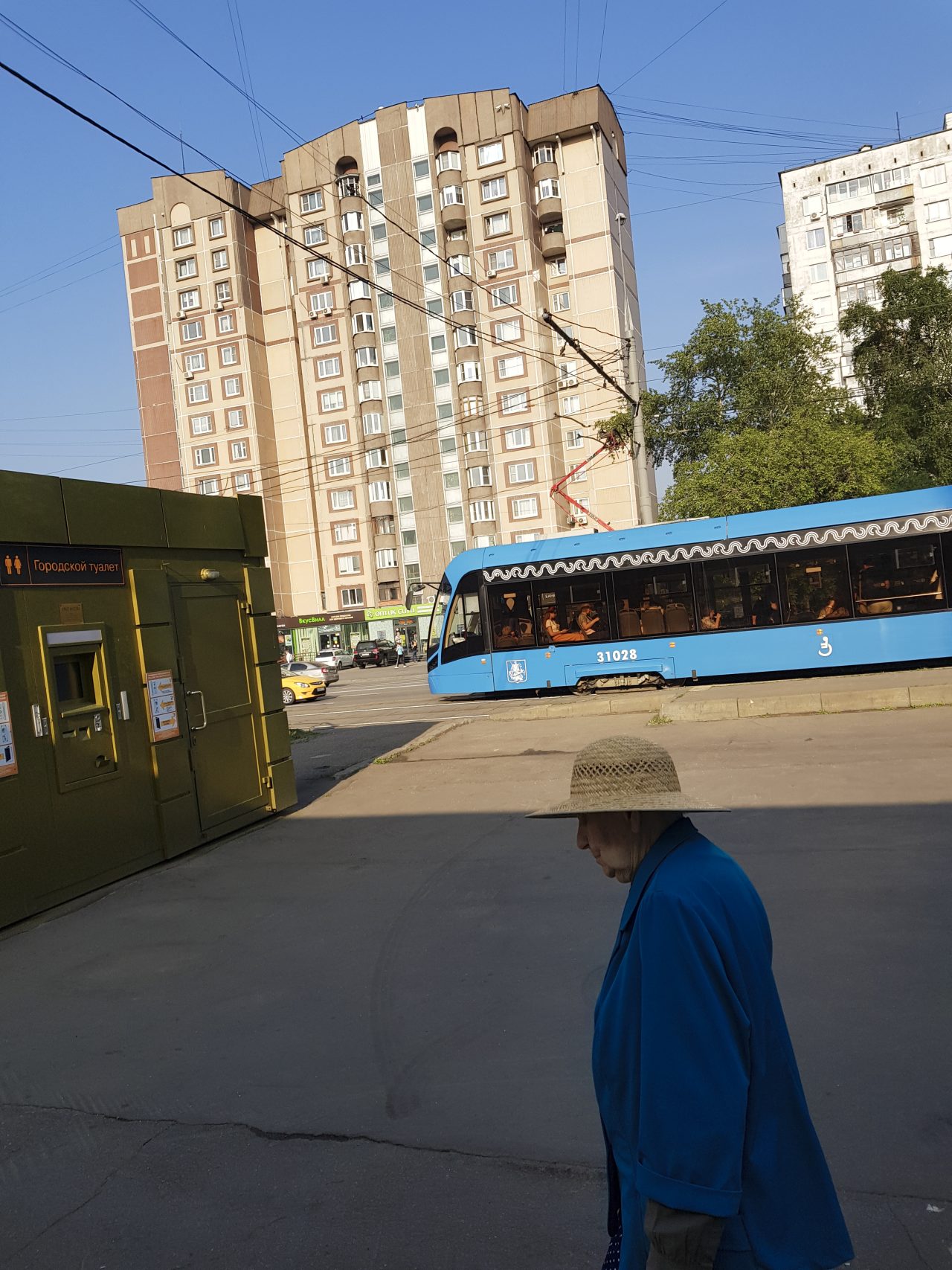 Paysage should be a portrait

“A paysage should be a portrait. If it is not quite similar to nature, then what is in it?”

These words of the young artist from the “Walk to the Academy of Arts” by the Russian poet Konstantin Batiushkov served as an impetus to the discourse on the borders of graphic genres and on the borders of the abstract and fi gurative, the fi gure and the background. In an environment in which it is diffi cult to separate nature from human intervention, a paysage can be that image which appeals to the nature of visual perception as such. In these photo shots, I tried to reach the paysage vision, and assemble complex physiognomy of everyday urban environments with natural, man-made and human components. 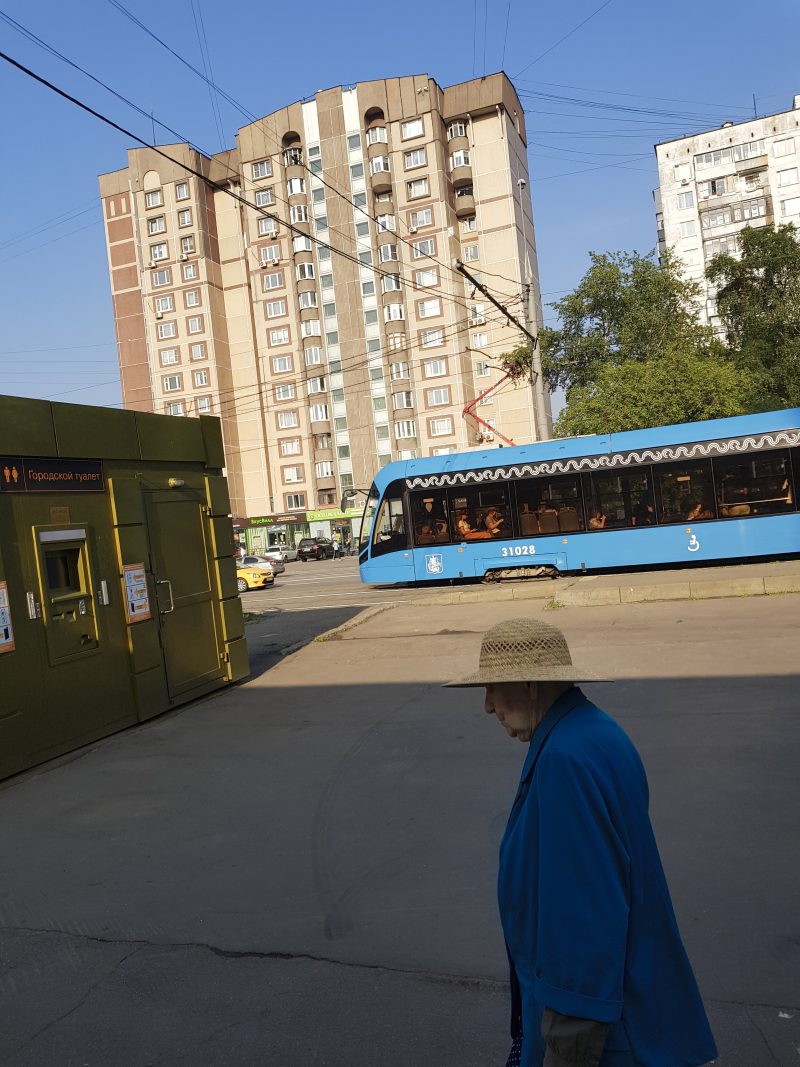 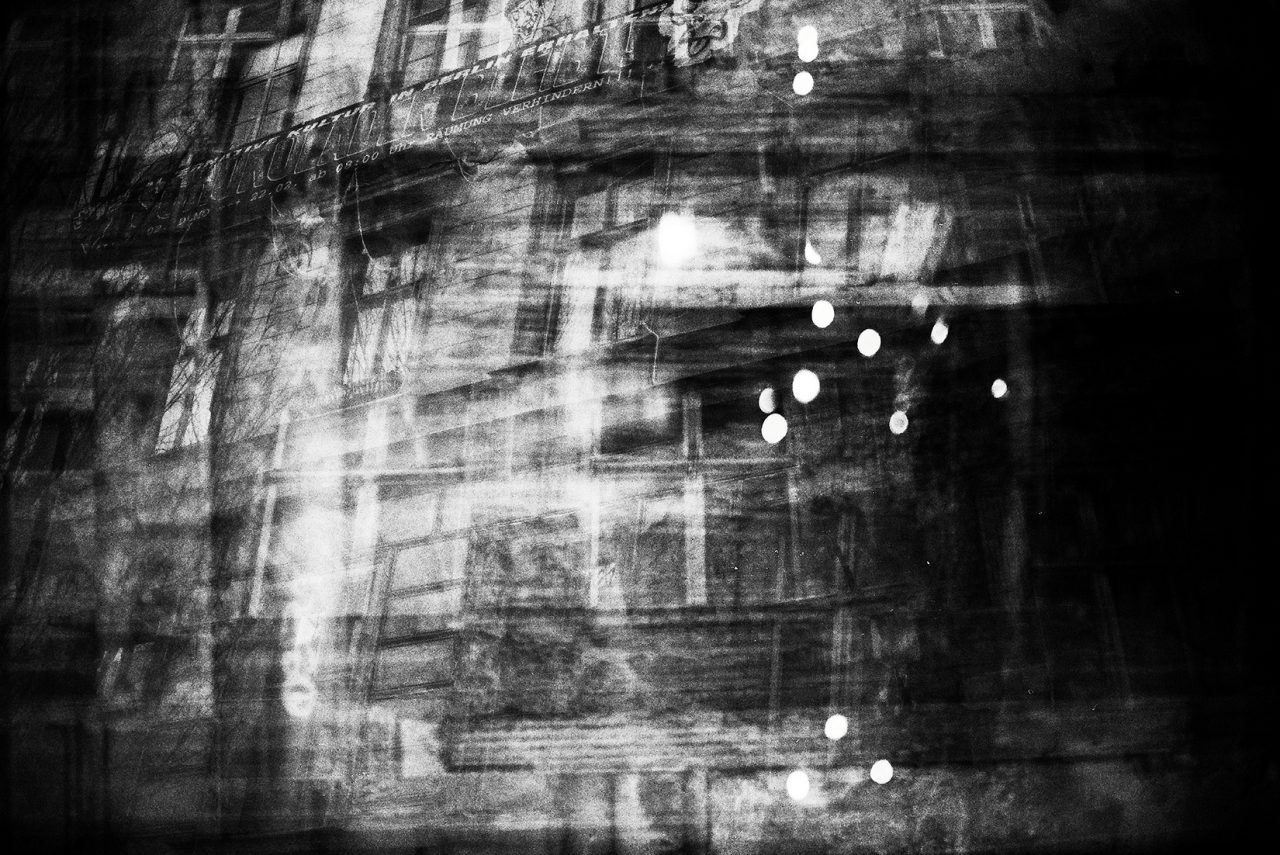 What makes a place special? What is its aura, its character? Which spirit lives in it? In Roman times, the atmosphere of a place was attributed to the work of a protective spirit, the respective genius loci. Today its place has been taken by the spirit of people and their history, which have influenced the appearance and radiance of a place.
In our latitudes there are almost no places left that have not been built, designed, planted, asphalted or cultivated by people. In many of them, human influences have been superimposed in numerous layers over the centuries. In the interplay with the action of the forces of nature, of plants and animals, this history shapes each place in a specific way, sometimes planned and thought out, but to a large extent chaotic and accidental.
In the works of artistic group tunnel19, the various forms and states a genius loci can take on become visible in a new way, from our immediate personal home to urban scenarios in Berlin to characteristic architectural situations in the Berlin countryside.
Photobooks published by the exhibitors, as well as by other members of the artist group tunnel 19, will be on show at the stand. 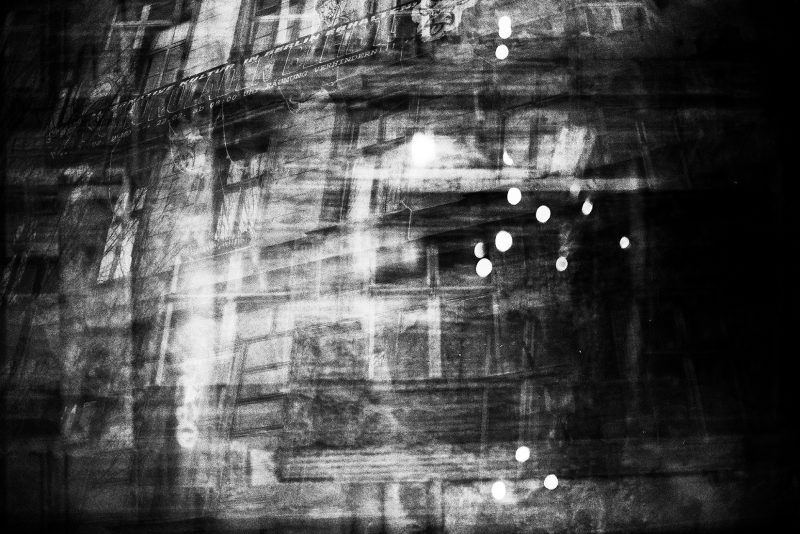 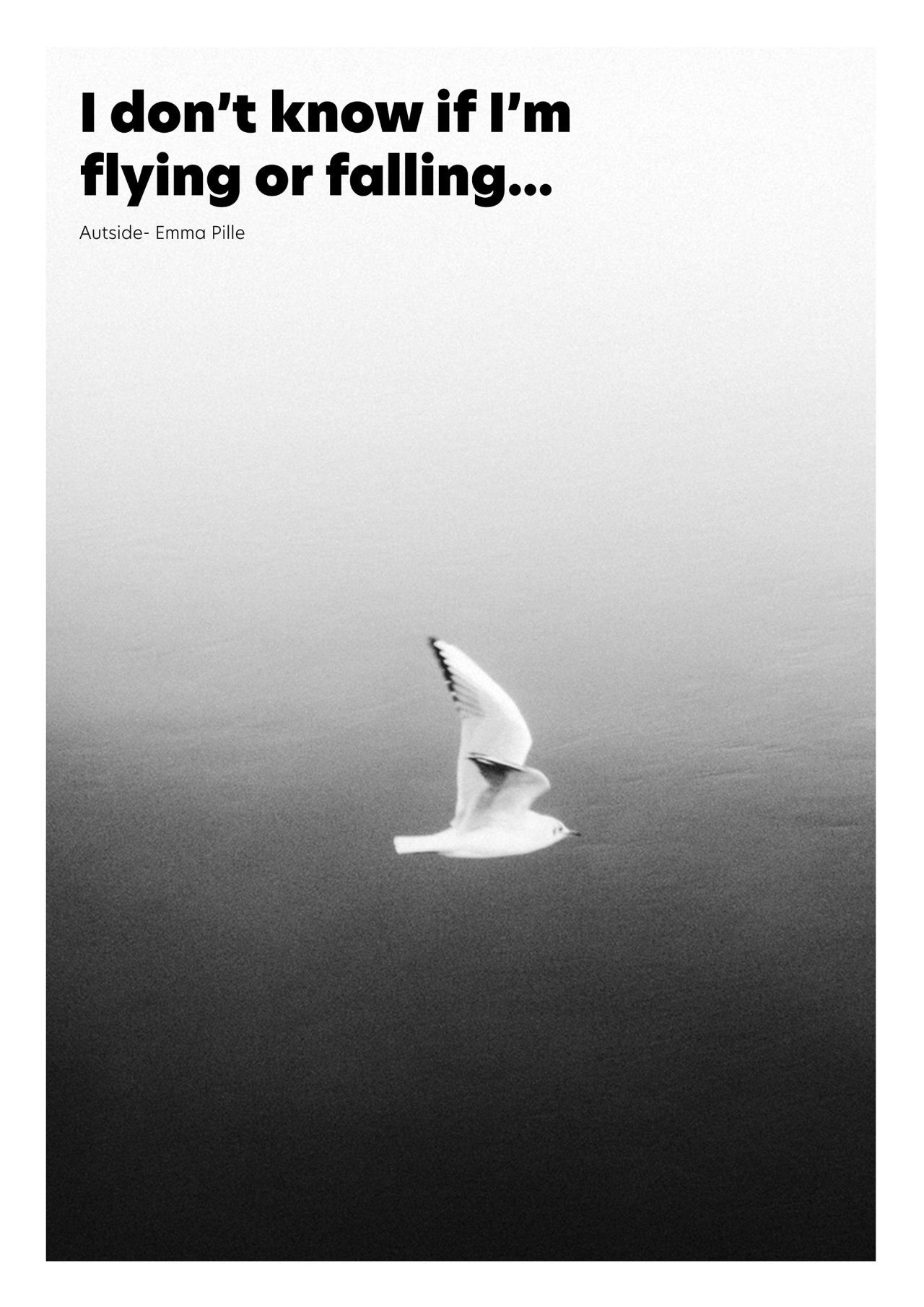 ‘My name is Emma Pille. I am 24 years old and I have autism. In 2017 I started studying photography at the Fotovakschool, but unfortunately, I had to stop here. After I had to quit because there was too much confusion for me and I got depressed, I wanted to start a project about autism.’

Photographer Emma Pille wanted to create a project that makes people think about what the world looks like when you can’t live up to the standard. Emma cannot make her dream come true, but she now gets help and the aim is to do something with her dream as realistically as possible. It is important to look at the person and not just at the diagnosis. In her project you see what Emma encounters, but she is also happy with her diagnosis of autism. 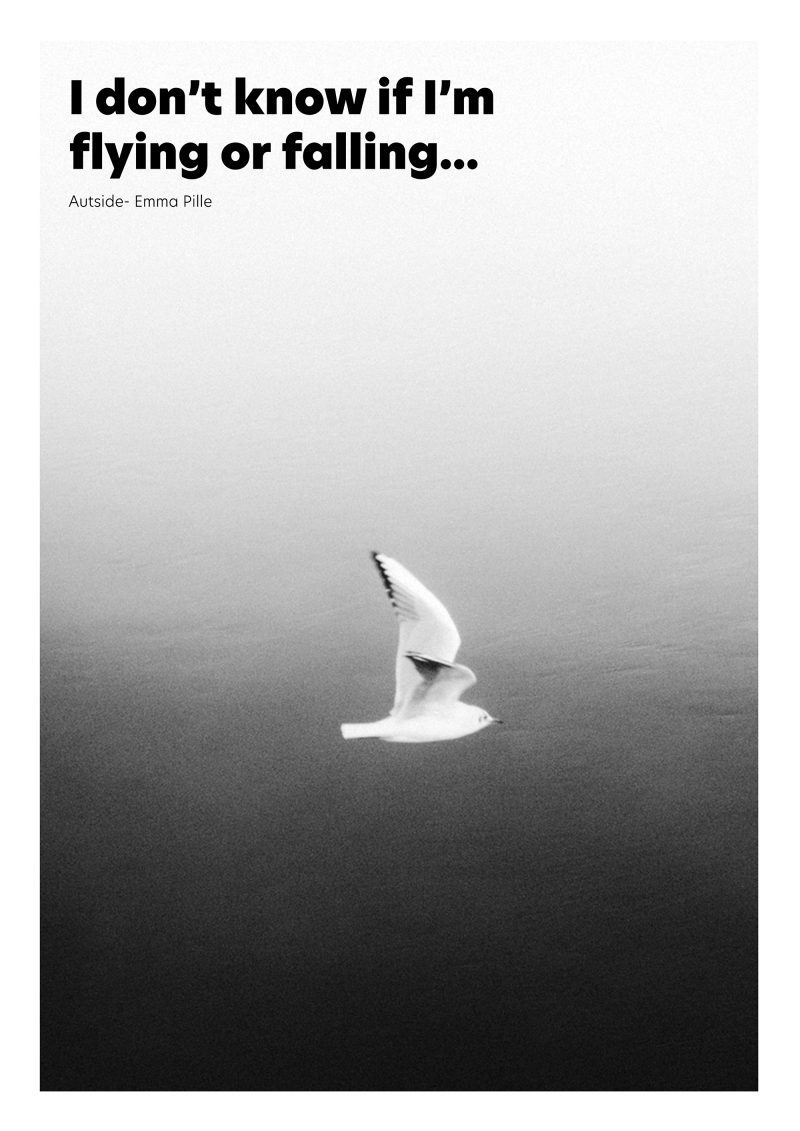 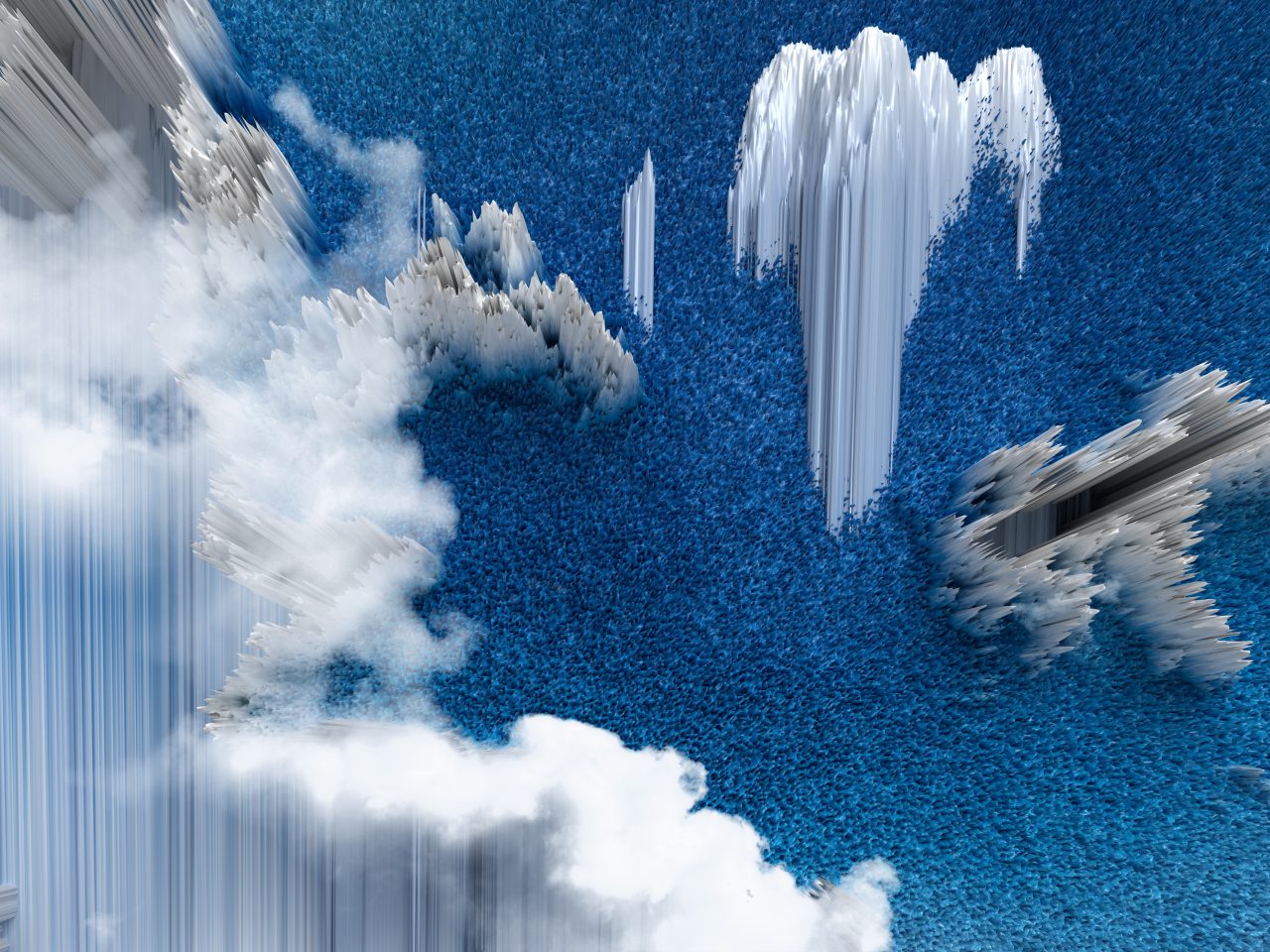 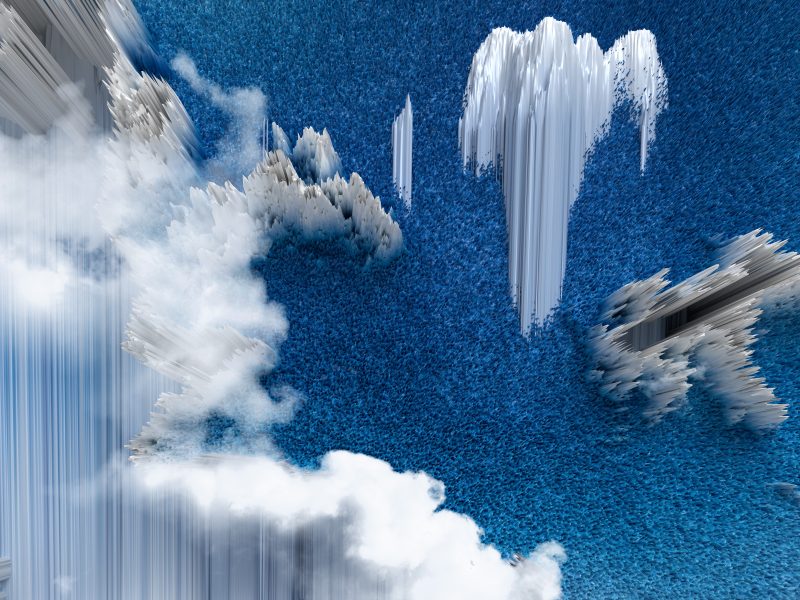 Clouds revealed, in dialogue with the photographic medium

What once started with performing a rain dance has grown into influencing, manipulating the weather by making it rain at desired times. Clouds are fascinating. They have a romantic, dreamy appearance but can also be terrifying and threatening. Clouds are indeterminate, have no specific location, and are in constant motion.

Do you realize the clouds have changed? Six out of ten cloud families may be man-made or altered. Aircraft and industry are examples. Clouds seem to move toward the poles and higher in the atmosphere. This way clouds cool the earth less than before. Without clouds, the earth will be 8 to 10 degrees warmer.

Are clouds in danger of extinction? Recent research has shown that if the CO2 content is too high, clouds can dissolve completely. Scientists are investigating whether it is possible to make clouds to cool the earth with them.

Hilde Maassen creates clouds based on the invisible information recorded in the photo. Her work is playful and experimental. This results in images, minimalist music, 3D-printed clay vases, cloud maps and augmented reality experiences. 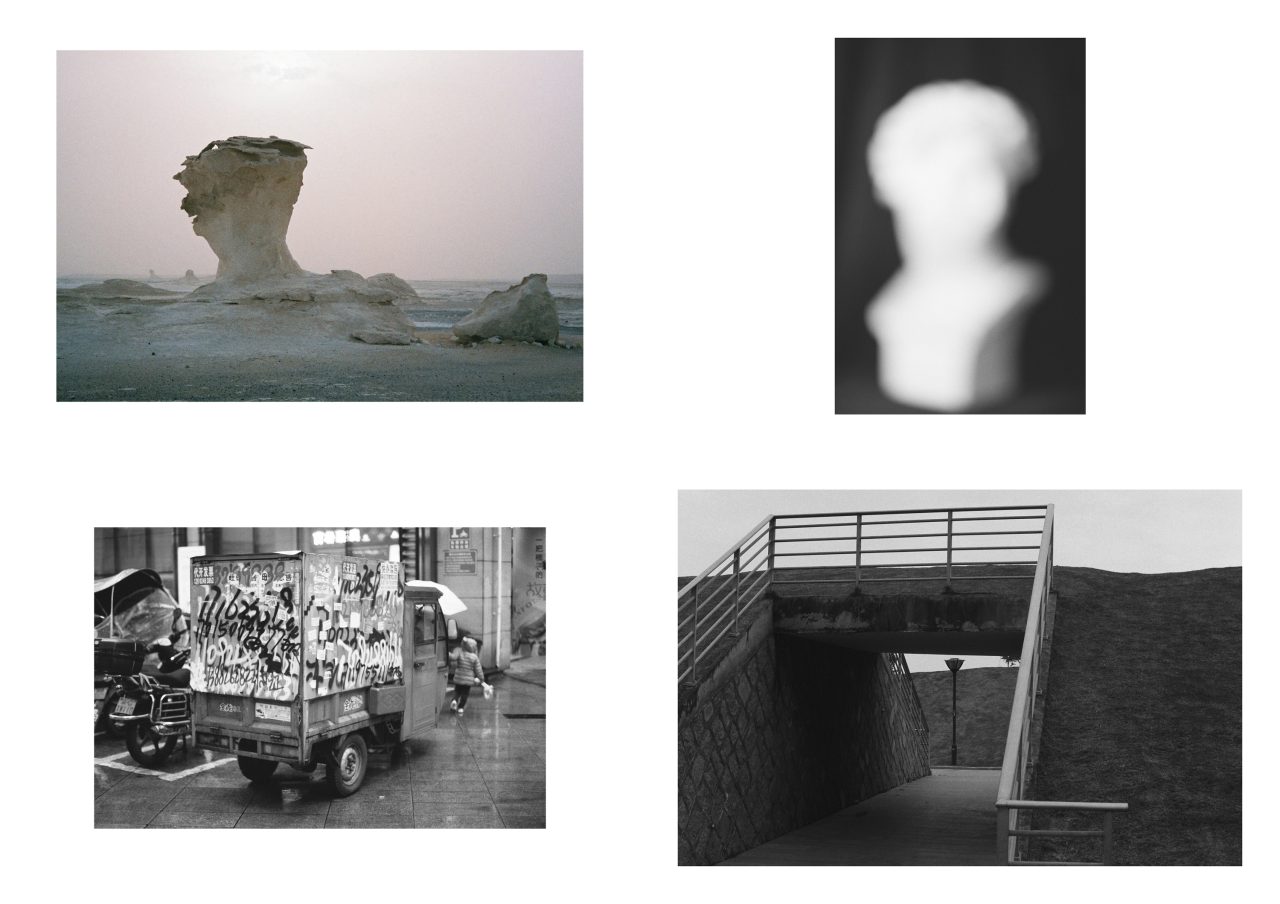 “The shadow of light and her psychological experience”

ln 2019, l was a graduate student in Shanghai, and my girlfriend was a Chinese volunteer in Egypt.  The time difference between us is six hours, but a year later when we look at the photos, there are many similarities. We create different images in different time and space. 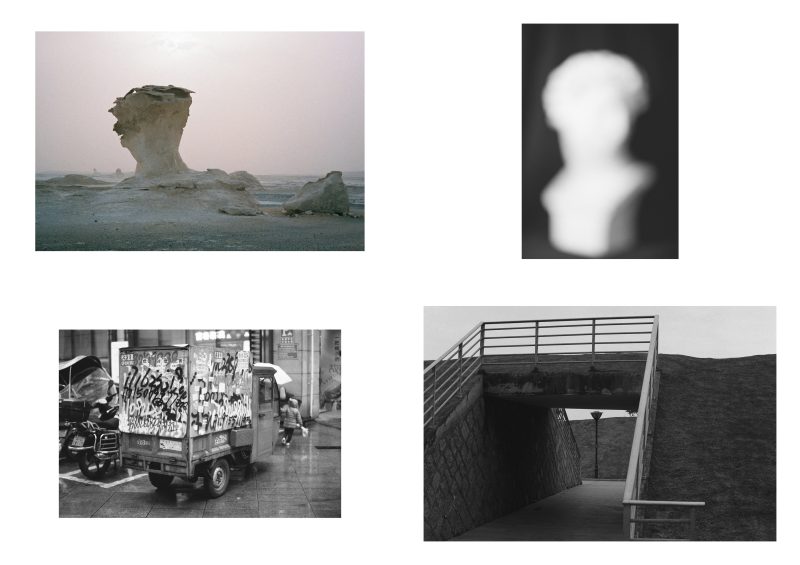 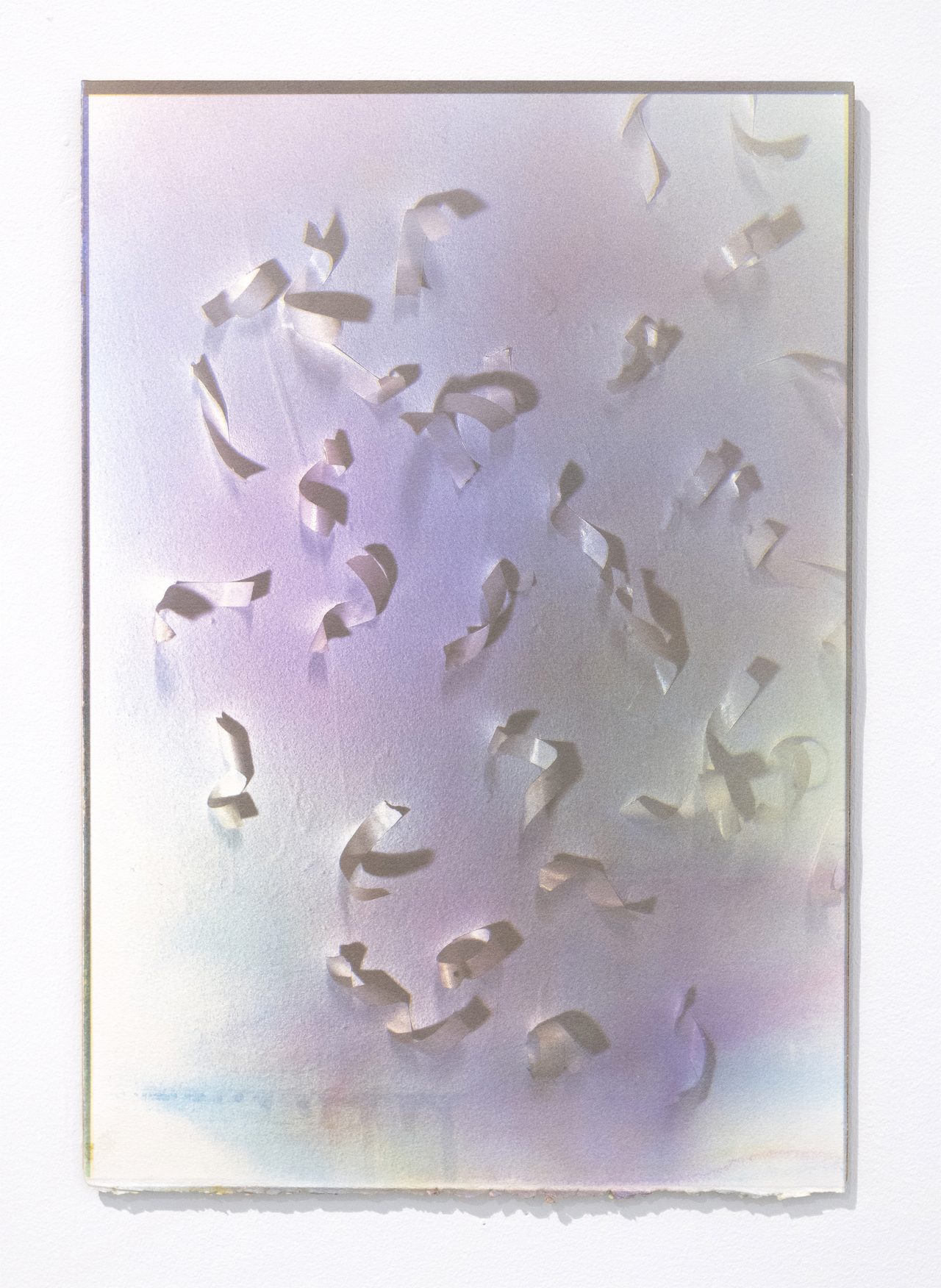 Sophie Byerley’s work employs an expanded notion of photographic capture in order to create visual histories that are empathetic to their subjects – through uncertainty, layering processes, shifting color tones and textures. In these images, the moment of capture loses its centrality, giving way to layers of decisions concerning paper, sizing, individually chosen pigments, and the tonal range and contrast of analog printing processes.

She uses nineteenth century printing processes in order to create images that are always in flux. All of the decisive moments and straight photographs that pursue the purity of an instant in the course of our global photographic history deny that images continue to change once they are taken. Or that images contain information that may not be initially legible at the time of their capture. Even as modern imaging has trended towards crystallizing sharpness, and removing uncertainty, the image does not reveal its meanings until much later. The image at the time of exposure is incomplete — the recording of light as it is reflected off our world changes with it. 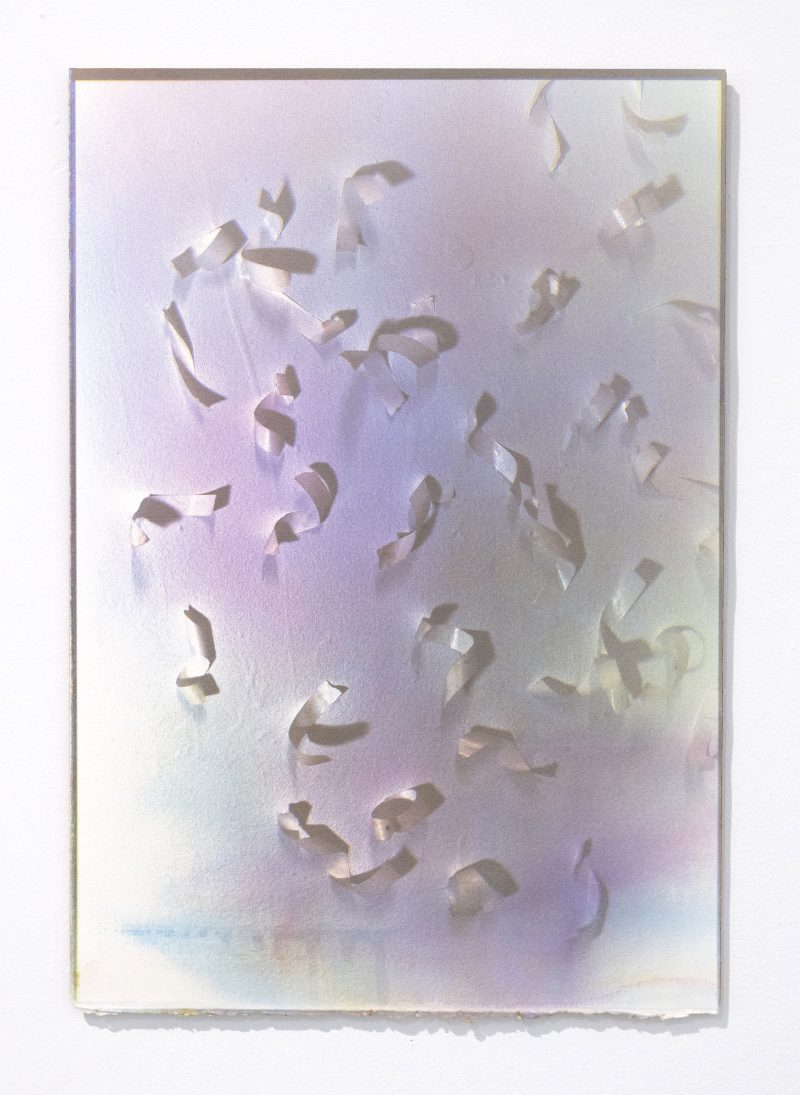 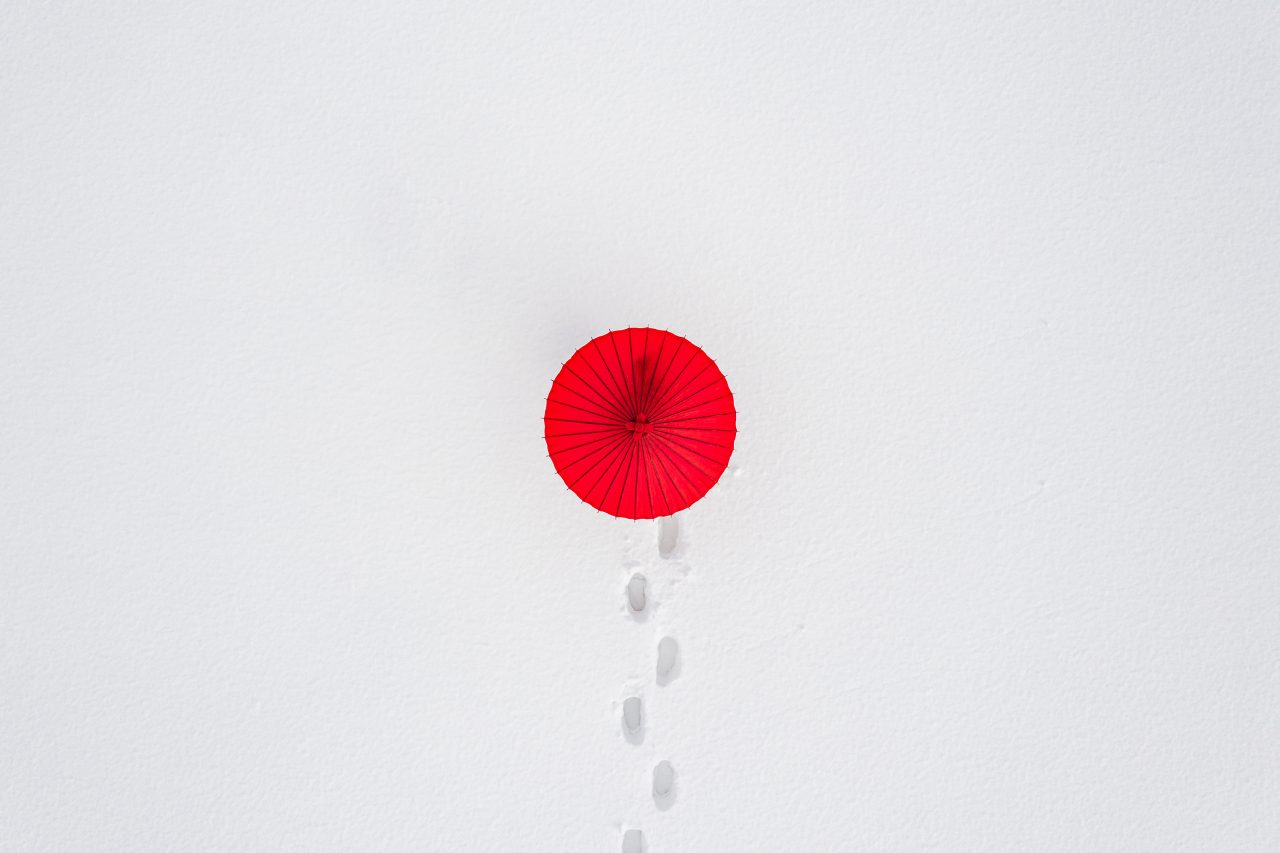 ATOM spent years travelling around the world. The experience gained from the trip raised many questions for himself.

What does it mean for happiness and purpose of living? And the fundamental question is, “Why was I born in Japan at this age?”

He thought about living as a Japanese, and as a modern man. Being aware of Japan’s identity, we take modern photographs with the motif of symbols that symbolize Japan and print them on Japan’s most valuable handmade Japanese paper.

This project consists of three sections: HINOMARU, KIMONO and TORII. Among them, the HINOMARUand TORII will be exhibited.

HINOMARU is an alias name of the Japanese flag.

TORII is a gate commonly found at the shrine.

This minimalistic photography series raises questions to modern society, makes the viewer face and think about the present age as well as imagine the future. Today, we live in a rational, material world; we have too much information, and too much stuff. In exchange,  there are things we have lost.

What is happiness to you? What does abundance mean to you?

Look at these minimal photos.

How do you create the future? 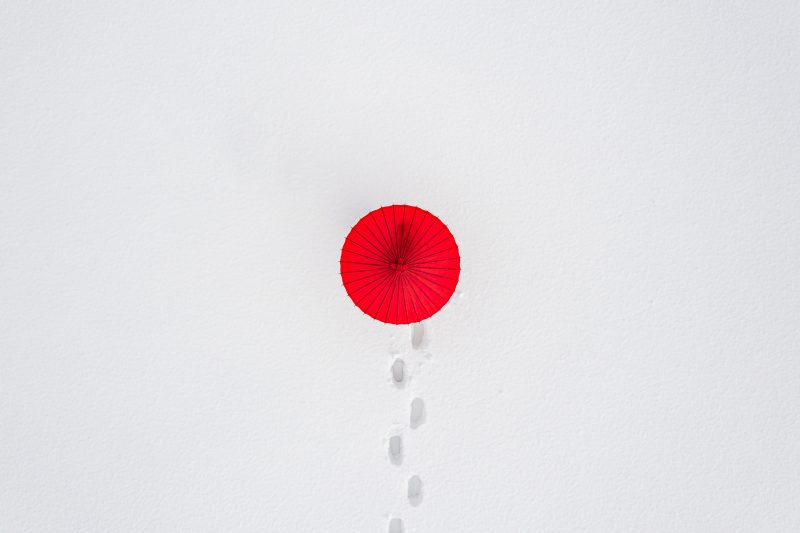 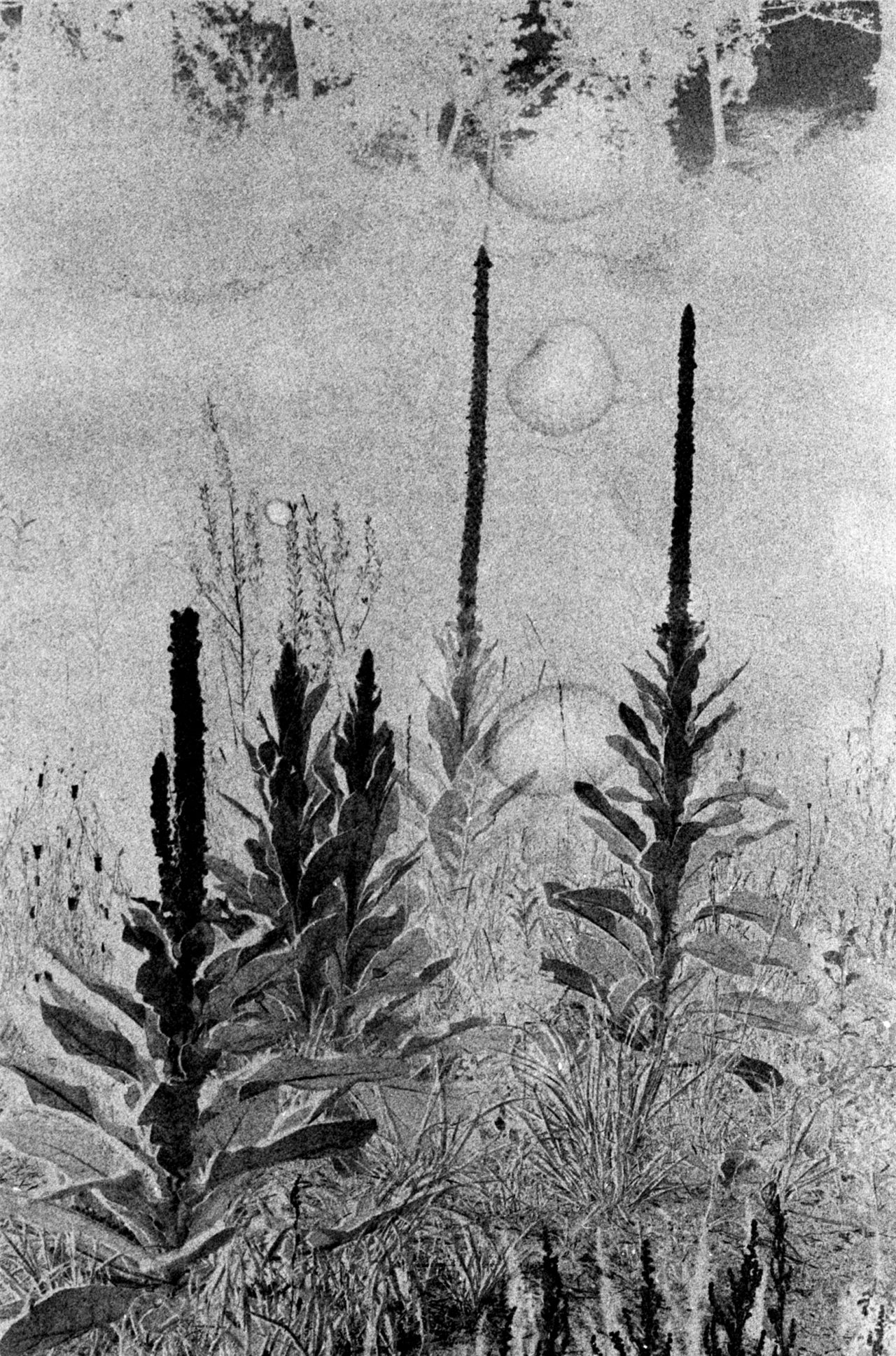 Nick Verhaeghe strives to grasp the fleeting and ephemeral by capturing it in a photographic image. He does not use conventional products for the development of his pictures, but makes his own developers from elements that have a relationship with the depicted. Often these are plants. In this way, he gives nature the chance to add something tangible to the image.

It results in unexpected and striking effects that seem to open up a universe parallel to the real world. A world of organic imagination that embraces imperfections and uses nature as a guide. Nick Verhaeghe’s work is an invitation to awaken in each of us the childlike resistance to the usual and to continue exploring and experimenting throughout our lives.

In this series he continues his research towards the transient beauty of these parallel universes by cataloging light, constructing and deconstructing his work to its essence. 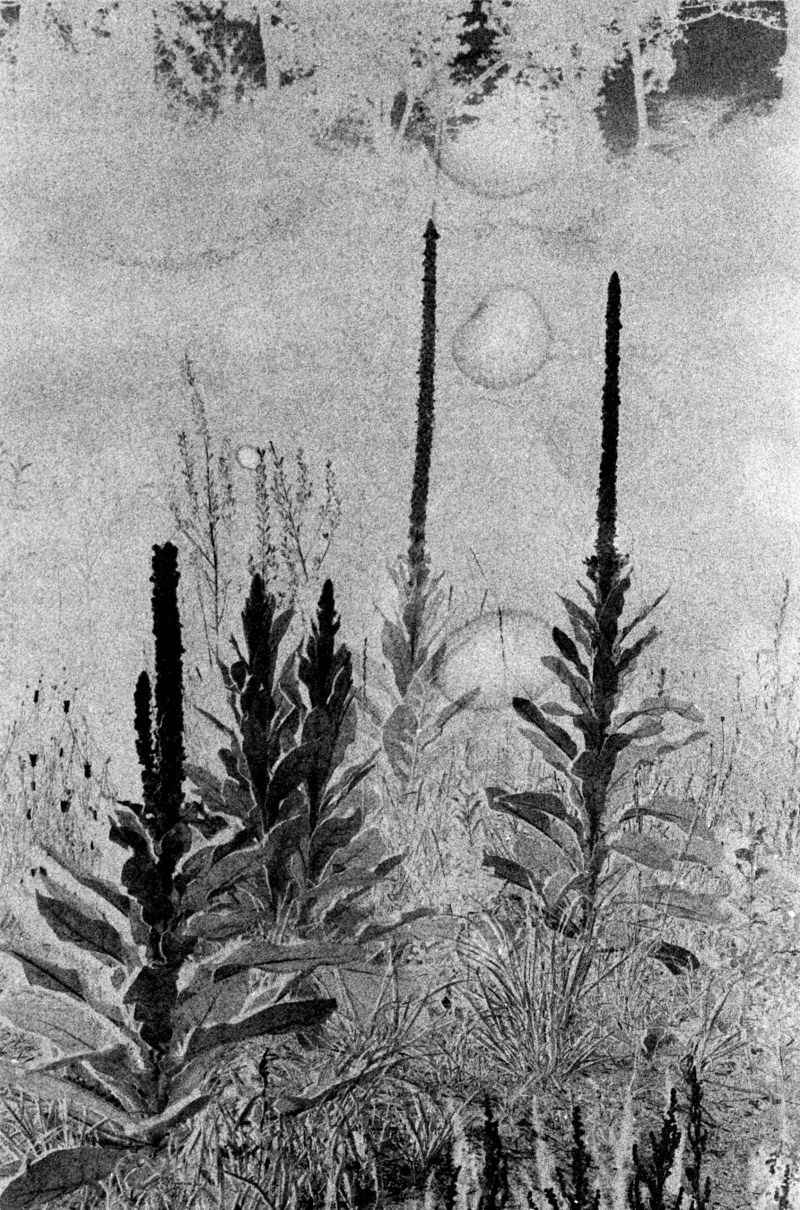 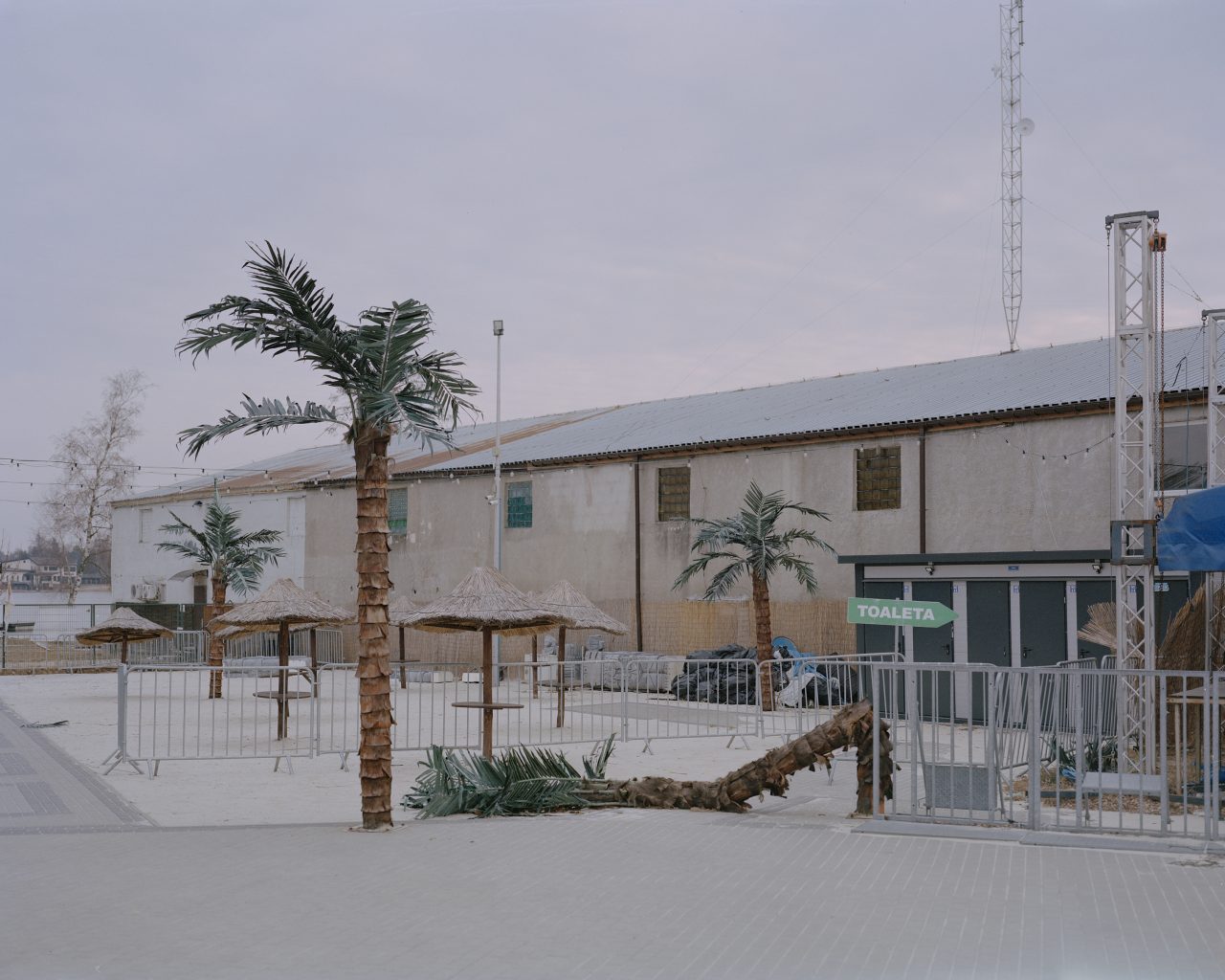 Poland on the border to Ukraine, March 2022

In the third week of the Russian war, Ludwig Nikulski travels with his large format camera in Poland along the border to Ukraine. An oppressive atmosphere surrounds the actually idyllic places of this region and creates absurd sceneries. Families walk along the lake, while soldiers are stationed in popular vacation accommodations. A border guard says everything has changed. A hotelier says nothing has changed. The war is somehow near and yet commonly far away. Everyday life and exceptional situations meet at the border. Ludwig Nikulski shows places where the war seems to pass by, places where the world could still be in order. And yet it is not. 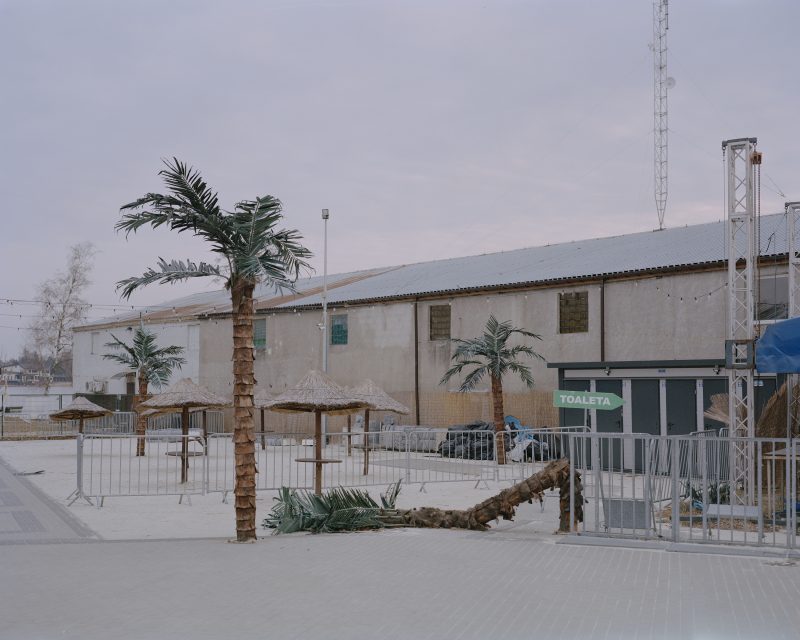