Telotypes (from the Greek stems τέλος “end,” also “boundary, border, extremity” and τύπος “mark, figure, outline”) stems from a keen scholarly interest in the history and imagery of the American West. It also stems from a realistic appreciation of the unique ecology of Los Angeles.

L.A. is first and foremost a tremendous material reality that sits on the “edges of the experiment”, as photographer Marie-José Jongerius remarked. It should be noted that Los Angeles heavily relies on automobiles, distant fresh water sources and fossil electricity.

With the Covid-19 pandemic, the nights of unrest that followed peaceful protests of June 2020 for more racial justice as well as the notable absence of traffic, the ruthless nature of the built environment reasserted itself. L.A. suddenly became a disquieting hall of mirrors.

Building on the pictures he made after moving to Los Angeles in the fall of 2019, Yogan Muller continued to photograph something akin to the genius loci of contemporary Los Angeles by photographing the imprint the city leaves on the landscape and people’s psyches. 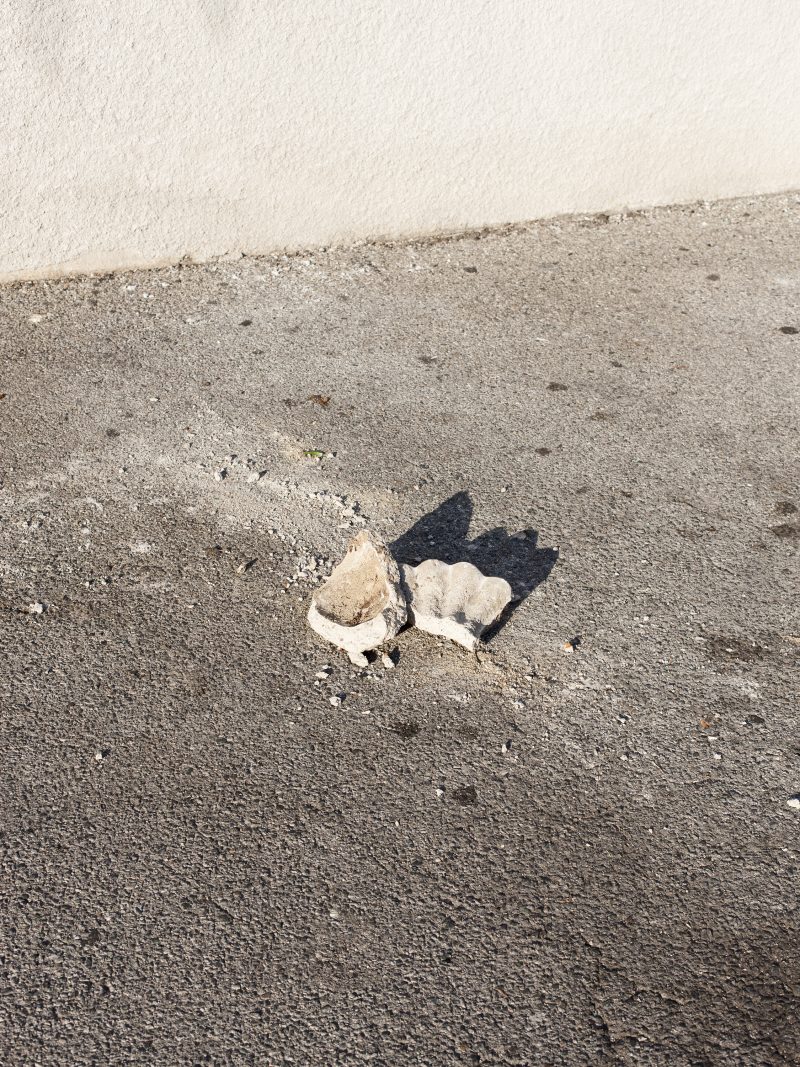