Bosfights documents secret meetings of the ANTWERP-TILBURG football hooligans in Belgium and The Netherlands. By gaining the trust of the fighters, Sebastian Steveniers was granted unique access to document these fight clubs. He shows us a world of violence, camaraderie, aggression and vulnerability. Bosfights also raises the question: ‘how far the boundaries between a photographer and his subject can become blurred?’

In April 2018, Steveniers was arrested because the police and court did not believe that he was investigating this subculture, but rather that he was involved himself. All images were confiscated and are still in the hands of the police today. Steveniers was able to recover a small part of the thousands of photos that he had taken and combined them with newspaper articles, his interrogations, police statements, testimonies, screenshots and the diary of his captivity to finalize his project. In the end, he himself became part of his own work. 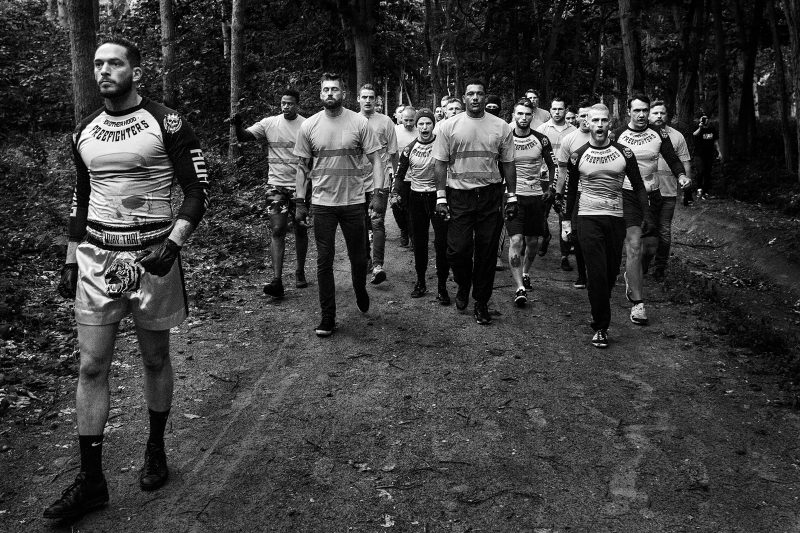