Natascha Küderli is a German-Swiss artist. She was born on 30 July 1970 in Zurich, the daughter of a German mother and a Swiss father. She lives and works in Munich.

As a trained ceramist and architect, she has always had an enthusiasm for forms and their changes, structures and materials. Küderli’s conceptual approach lies primarily in the perception of human living space in the field of tension between NATURE and URBAN. She is particularly interested in the artificially created space of the city, because she wants to know why certain buildings can trigger emotions in her, such as fascination and joy but also unease or even fear, and compares it to the nature of our planet. Küderli transfers to it the idea of being human, consisting of soul, spirit and body: the soul and spirit of a city live in the architecturally grown “city-body”. The concept of soul in this triad goes beyond a purely spiritual definition. In her work, the artist reflects the totality of the “I” of a city: the sum of individual experiences that, through overlapping and crossing, creates something unique in its entirety. And like a living organism, this “I” is not static, but pulsates, moves and constantly adapts to new circumstances.

Küderli takes up themes such as: Movement, structure, levels and layers in nature and in cities. In these layers and between these layers there is movement, in the form of change, deformation and transport. Movement tells, provides, changes, moves, animates, dances. 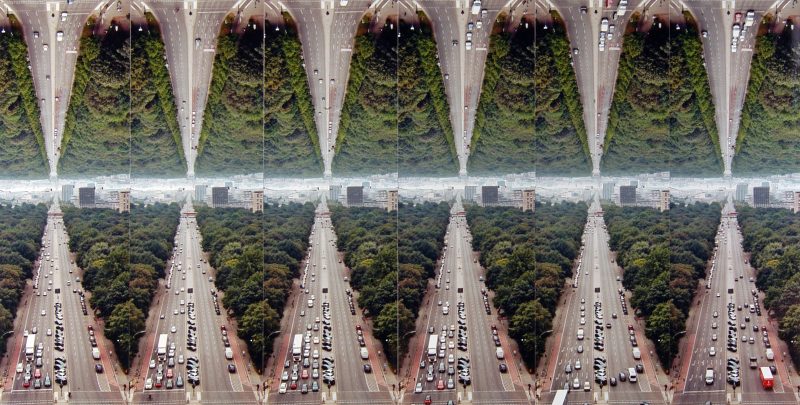