The “Fearless Flowers” series explores gender, sexuality, gaze, and identity in South Korea. The project, photographed over two years, studies one’s relationship with their body and the inner fight with the image pressured by a conservative society, where certain beliefs and outdated standards are being forced on the rapidly changing nation. Adorned with flowers, the human body represents universal innocence, timelessness, and purity. The subject, who may exude toughness in other settings, is shown with vulnerability and humanity while photographed in a studio environment. Ornamented by flowers and black blazer, which represents the society uniform, the subject  is a metaphor for the fight and struggle.

The series focuses on capturing openness, acceptance of your body and sexuality and welcoming the self-created modern image which  Korean people aspire to. I’ve been privileged to be allowed on the inside as an outsider, looking for meaning, beauty and identity. 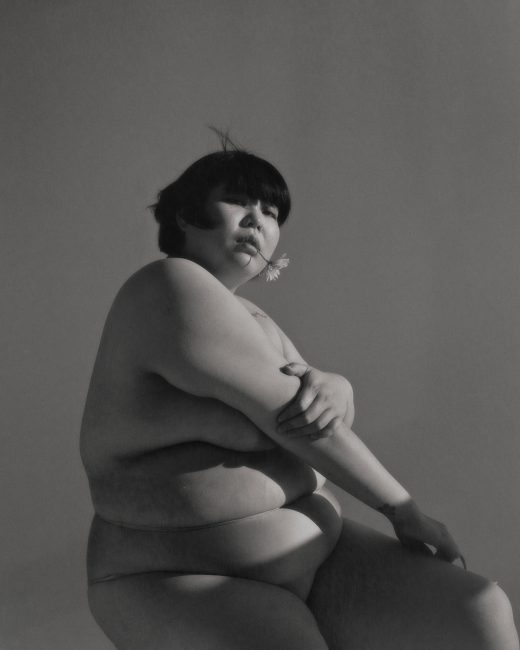