The Lincoln Highway was established in 1913 as the automobile became the dominant means of transportation. It is one of the first transcontinental highways that stretched across the United States. Much like Edward Rucha’s quietly contemplative Twentysix Gasoline Stations, published in 1962, Twentysix Wawa Stores unobtrusively observes the phenomenon of automobile culture in America in the 2020s. We are now at a crossroad, as General Motors recently announced a new policy to sell only zero-emission vehicles by 2035. The use of internal combustion engines in transportation vehicles is ending, and convenience stores based on fossil fuel sales will need to adapt.

The film points to Rucha’s Twentysix Gasoline Stations by employing the same design. The exhibition prints are stills from the film. There is also a book featuring stills from Twentysix Wawa Stores, which is a facsimile of Rucha’s, that furthers the dialogue between his seminal work and Eric Weeks’. 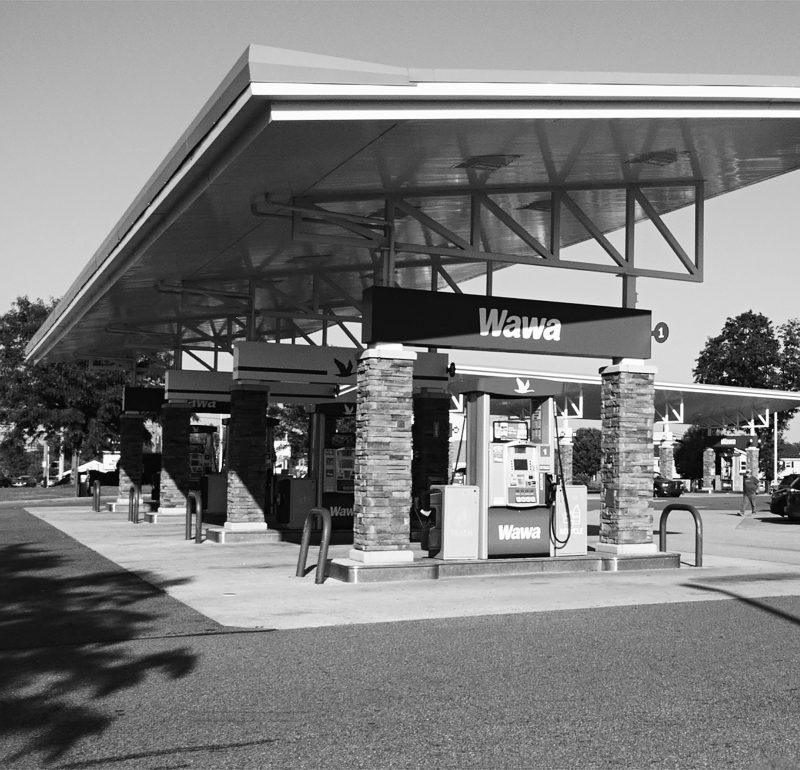