The project Bounded Endlessness by David Verbeek, Canadian designer, researcher and photographer, documents the relationship between humans and the sea through the constructed coast of The Netherlands. From the soft infrastructure of Het Zwin to remnants of Zeeland towns lost to the North Sea and infinite horizons of sand at the Maasvlakte, the project records the visible landscape with its invisible layers.

The highly planned coastal territory is also one of transition. It contains fragments of what was, is defined by climate and currents, erosion and accretion, and is continuously altered through construction. The Dutch coast is both an infrastructural and cultural landscape – where greenhouses, wind farms, cycle paths, restaurants, vacation homes and passing cargo ships coexist. It is a topography of permanent temporality – of human activity and emptiness.

With narratives of human intervention between land and sea, the images depict a coast transformed. The Dutch coast is simultaneously embedded in its North Sea landscape and part of a global system of trade. “God created the earth, but the Dutch created the Netherlands.”

Bounded Endlessness captures views of the coast and traces of the people who define it. 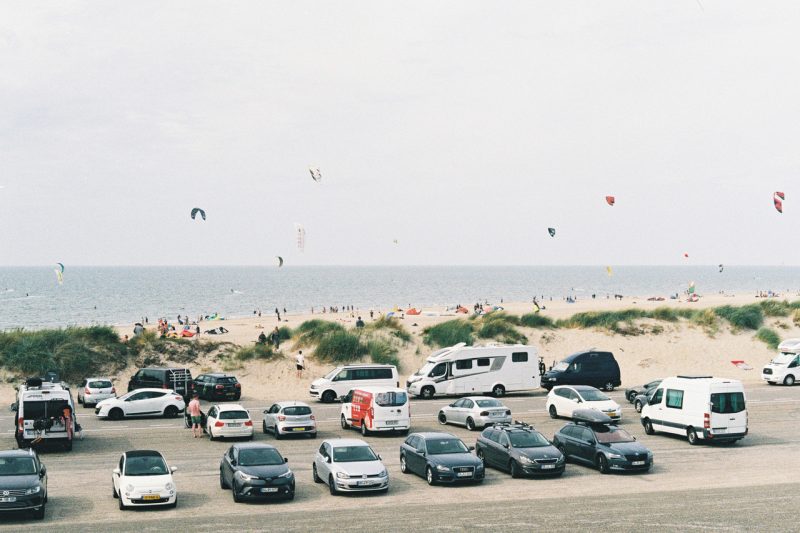