About Space is a story about urbanism and transformation, with a focus on housing. According to the United Nations, never before in human history lived more people in an urban environment. Most of that urban areas are built under challenging socioeconomic conditions to serve as a home for millions of people in the most efficient ways possible. With their resulting ecosystems, these structures reflect the reality of living for a large number of people in modern society.

The body of work explores the urban fabric that we created through these places, commenting on the way in which we choose to live together as a community and the profound impact it has on our culture. Given urging challenges like a worldwide pandemic, climate change, and finite natural resources, it is a means to raise awareness and open a dialogue about the question on how we will live in such spaces in the future since they can be considered as one of the essential drivers for a forthcoming socioecological transition.

The series was awarded an IPA in gold in the architecture category in 2020.

Benidorm is a series about a city that embodies hyper urbanism like no other. Until the 1960s Benidorm was a small fishing village. Today the city has reached the highest density of high-rise buildings per capita in the world. The author and Guardian journalist Giles Tremlett described Benidorm as the birthplace of package tourism, which is also the main reason for the explosive growth of the city.

The unique character of this place changes significantly throughout the year. At the beginning of the summer, Benidorm serves as a vacation resort for Spanish families. From September onwards, the city is primarily visited by tourists from the United Kingdom and Ireland, to a point where the beach is hardly visible. The resulting work embodies an almost surreal appeal in a time defined by Covid-19.

The series was awarded an IPA in Gold in the urban scenery category, was exhibited in the Aperture Gallery New York and the International Festival of Urban Photography Trieste, among others.

Danny Franzreb is a photographer and professor of design. In his photographic works he documents the visual aesthetics of anthropogenic ecosystems and their effect on modern society. He was awarded the Emerging Photography Award in 2019, has won several International Photography Awards in gold and creative prizes such as the Red Dot, iF or the DDC Award. His work has been exhibited in group shows at the BBA Gallery Berlin and the Aperture Gallery New York, among others. Danny lives with his daughter and wife in Ulm. 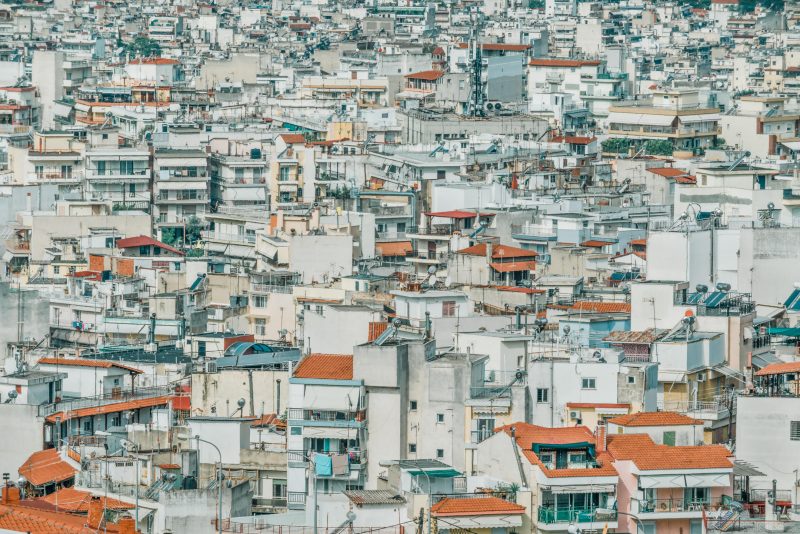