Dutch photographer Benny van der Plank frequently travels to Hong Kong to work on projects. His projects focus on social and sustainability issues in urban environments. In Aftermath Hong Kong Protests he photographed the consequences of the protests in Hong Kong at the end of 2019.

Hong Kong’s protests started in June 2019 in response to plans that would allow extradition to mainland China. After the plans were withdrawn demonstrations continued and protesters now demand full democracy and an inquiry into police actions. In November 2019 a student was critically injured following a fall from a height inside a car parking and died a few days later. By then, clashes between police and protesters had become more frequent and increasingly violent. In an effort to bring parts of the city to a halt, protesters took to forming makeshift roadblocks using metal railings, bricks from pavements, and other items to use as projectiles. The clashes have left an open wound on daily life in Hong Kong. 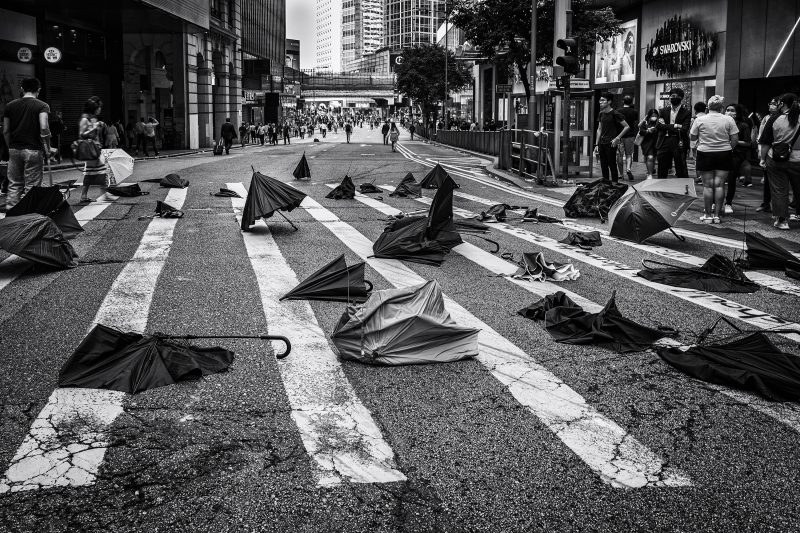