Project started in 2004 and will be continued. The work consists of analog long-term exposures in which the sound is recorded at the same length as the exposure time. The viewer hears what is only fleetingly on the pictures or can’t longer be recognized, through the sound installation. The sound mixes one’s own imagination into the images.

If you move, you get lost. In the large-format pictures by Axel Schmidt, life becomes a shadowy shadow. Only the soundtracks for the long exposures perpetuate what is happening.

Times Square in New York is deserted. Customers are just traces. The players from Bayern Munich have disappeared against Herta BSC. No bathers sunbathe on the beach on the Ligurian coast. The Ratinger Rosenmontag parade is lost as a white fog. Memories of the Covid19 lockdown of 2020 come back to life.

In the roaring 1920s, silent films became talkies. “Sunrise” by Friedrich Wilhelm Murnau – one of the best films of all time – flopped silently at the box office in 1927. With his series “Lost”, Axel Schmidt turns the film into an image. Only the sound takes us on the search for clues. He creates the idea. 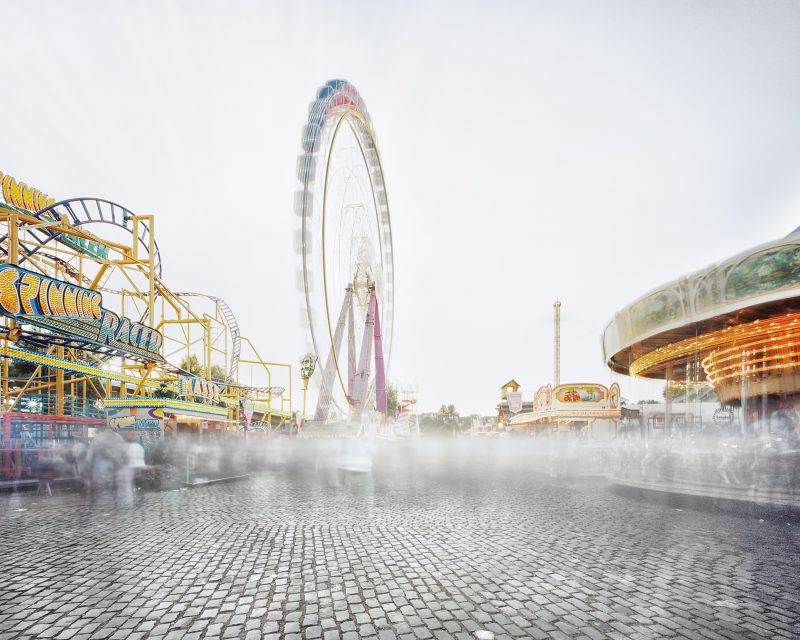